#02 – El Paño Moruno – Instrumental — mp3 | wav  (1:48)
This short traditional Flamenco piece has a moral caution.  A beautiful cloth was displayed in a shop window, but it was only sold at a low value after a spot of dirt fell on it and spoiled it.  The song has been arranged and played by many, including Pascual Marquina and Paco Peña.  Jasper Burford gives it his own rendering.

#03 – El Paño Moruno – Vocal — mp3 | wav  (1:48)
Played and sung here by Jasper Burford, this short traditional Flamenco piece tells a moral tale about a fine kerchief in the store window—it lost its value when a spot of dirt spoiled it.  This song has been arranged and played by Pascual Marquina, Paco Peña, and many others.

#04 – Zapateado de los Campañoles (The Voles’ Tap Dance) – Instrumental — mp3 | wav  (2:04)
Jasper Burford plays his composition that he’s improvised in various ways from 1967 on.  It brings to mind lively Flamenco dances or the tarantella, but with some parts in 9/8 and others in 12/8.  It’s hectic—just like a couple of voles dancing about.

#05 – Pour Elise (Für Elise) – Instrumental — mp3 | wav  (4:15)
Ludwig van Beethoven composed this ‘Bagatelle’ in A Minor Für Elise for piano apparently in 1810.  Though his manuscript lay undiscovered until 40 years after his death, it has become possibly the top favourite piece of classical music around the world—more commonly known as Pour Elise (For Elise).  Jasper Burford is mainly self-taught and so first arranged this piano piece to suit his way of playing the guitar with some necessary ‘artistic licence’ in 1969.  He was newly-married to Ellen in Calcutta—whence our label, “Jaspell”.  Jasper eventually recorded his arrangement of Pour Elise on his guitar in Essex in 2017 trying out some improved techniques.
Version 1—4 September, 2017—the way he’d played it for 48 years
Version 2—14 September, 2017—learning to play higher up the keyboard with more finger and less thumb

Some of the Songs We’ve Written in Bengali and English 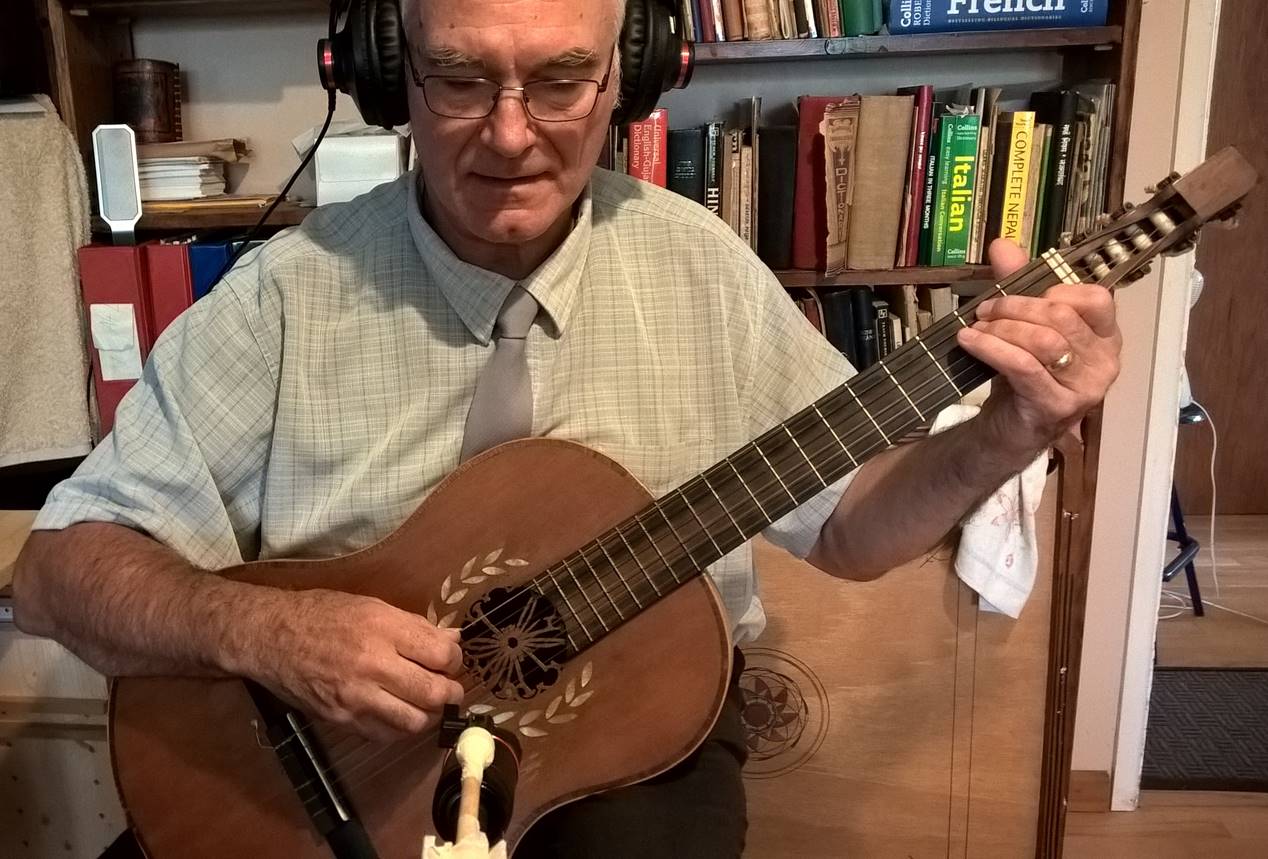